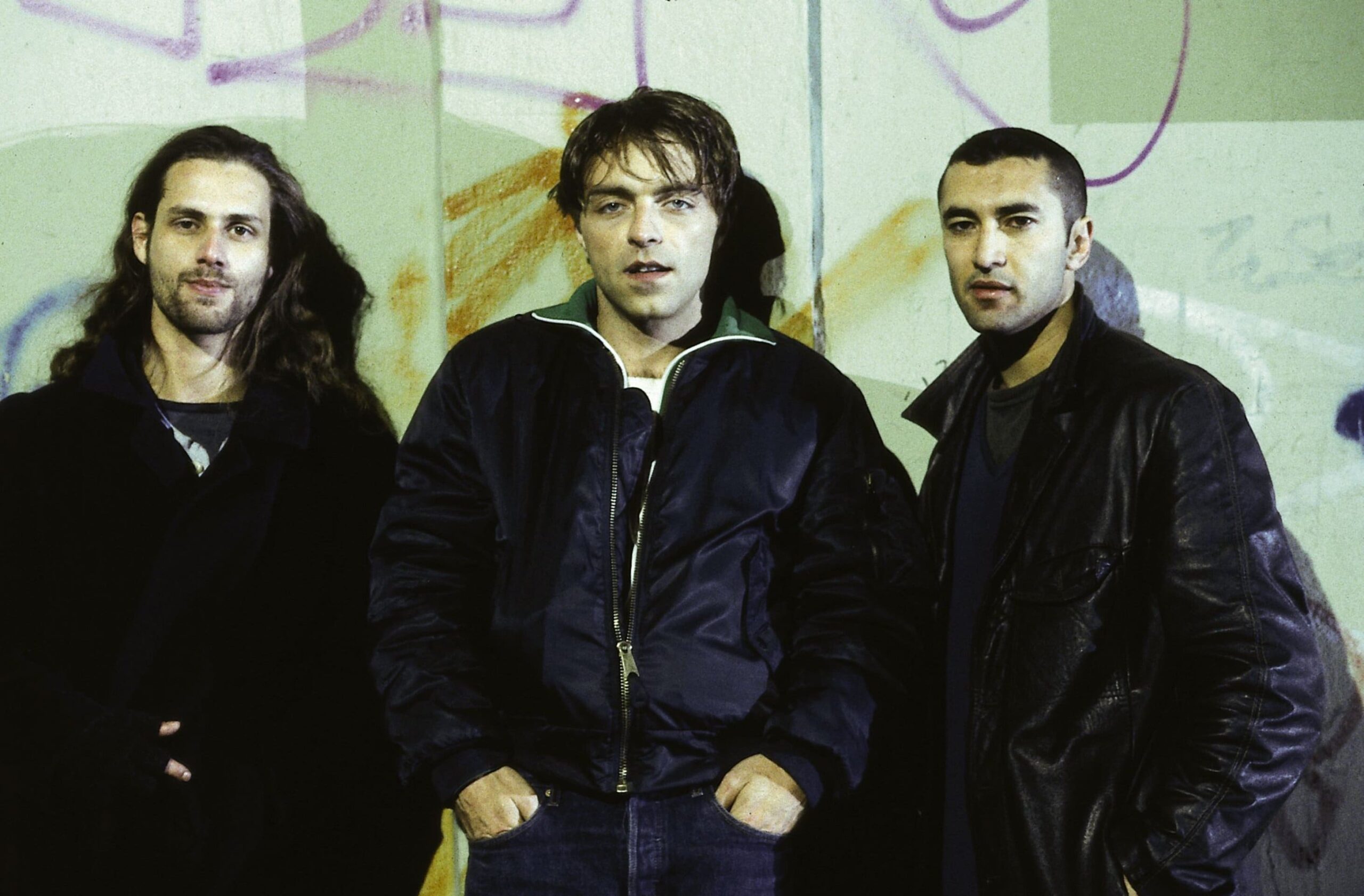 In 1998 while Guy Ritchie was making his feature debut, Lock, Stock and Two Smoking Barrels, Fatih Akin was in Germany making his, Short Sharp Shock (Kurz und schmerzlos). There are parallels. Though Akin’s take on the whole “guys out of their league” drama doesn’t have the sheer entertainment sparkle of Ritchie’s, it does have a feeling for life at street level which Ritchie can only conjure up as pastiche.

In precisely the way Ritchie (aping Tarantino aping Leone) might do it, Akin introduces the guys in individual vignette dramas, freeze-framing to flash up a name at the end of each – Costa the Greek, Bobby the Serb, Gabriel the Turk.

We’re in Hamburg, but it’s a city notably free of ethnic Germans, where the arc of these three guys is to find out, as Ritchie’s guys did, that for all their swagger and gangster cosplay they’re still boys in a man’s world. Specifically the world of Muhamer (Ralph Herforth), a flinty Albanian who deals in girls, guns and whatever’s going and who is not to be crossed – wasn’t it around this time that Albanians started trumping all other ethnicities for gangster badness, especially in European movies?

But, for all the Short Sharp-ness of the title, Akin winds us slowly and gently towards what will turn out to be a brutal finish, starting us off at a wedding, where Gabriel (Mehmet Kurtulus), fresh from jail and with all the big-boy allure it brings, re-acquaints himself with the other two members of his crew, Bobby (Aleksandar Jovanovic) and Costa (Adam Bousdoukos).

While Gabriel’s been inside, Costa has been hooked up with Gabriel’s sister, Ceyda (Idil Üner) and Bobby with her business partner Alice (Regula Grauwiller). Two women, three men – Akin exploits the mathematics brutally, setting off a shadow drama which tracks the main event. There are two dark cellars that must not be entered into in this story – one contains the Albanian, and the other one contains one (or other, or both) of the women.

In loose, almost episodic jumps, Akin takes us from the wedding to a bloodbath finale when deserts, just and unjust, are served and received, on the way visibly learning as he goes. Short Sharp Shock starts off assured enough though the performances and set-ups feel a touch stilted and the lighting can be unsubtle. Part of the fascination of watching it is looking on as Akin gradually loosens up and becomes his own man. His camera becomes less self-conscious and more dynamic. His semi-improvising actors finally lock into their characters – they’re largely Martin Scorsese’s characters but then genius steals, as they say.

A director is born. A career is born – which would lead us eventually to Akin’s latest (at the time of writing), The Golden Glove, a serial-killer film so spectacularly unpleasant it can only be approached as a comedy. It’s a masterpiece and one of the best films of recent decades. I’m mentioning it because it really must be seen (to be believed, if nothing else).

Back to this debut. It’s not a timeless film, which has more to do its the subject matter, characters and this particular era in German history. The optimistic, post-unification “multi-culti” (as one of the guys semi-pejoratively terms it) moment has been replaced; German culture has taken a darker cultural turn.

But this captures that moment, as if in a time capsule. And it captures a film-maker finding his milieu – the second-generation immigrant experience at the sharp end, where brutality is a currency and hard men do well.

Lock Stock without the laughs, if you like. Which isn’t being fair to either director. Short Sharp Shock won Akin a couple of awards and gave him enough presence to start putting together films with some money behind them. It would be six years before he’d achieve his big breakthrough, with 2004’s Head-On.