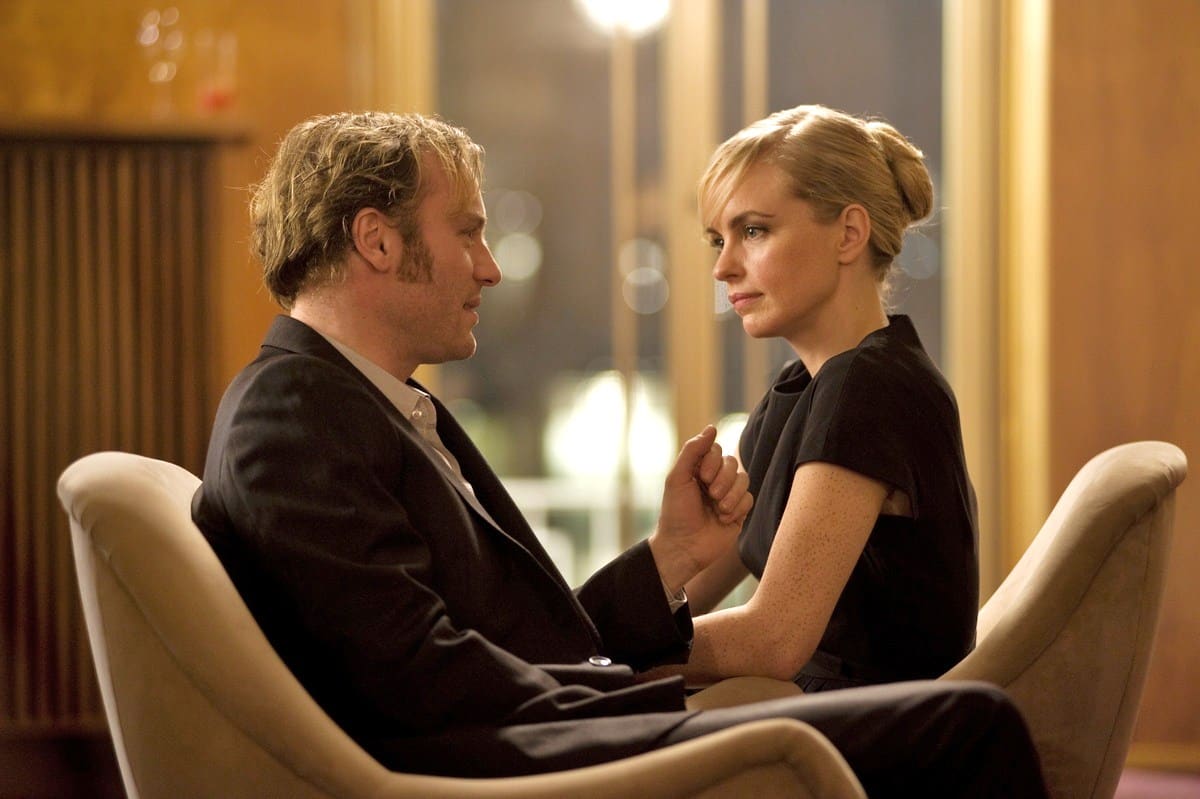 When not co-creating, -writing and -directing the glorious Babylon Berlin TV series, Henk Handloegten likes to make films like Summer Window (Fenster zum Sommer), dramas that come front-loaded with a chunk of fantasy. The fantasy isn’t what his films are about, it’s more of a come-on, luring in the sceptical, who might find that they’ve lingered longer with his style of humane drama than they expected.

In Good Bye Lenin!, which Handloegten co-wrote, the fantasy was more oblique, existing only in the mind of its East German characters, who were playing a gigantic game of make-believe with their frail mother, recently awake after a coma, in which the Berlin Wall hadn’t fallen and life was continuing in the same old same old way, even though outside it obviously wasn’t. In Paul Is Dead, a coming-of-ager, a teenager discovered that Paul McCartney had been replaced by a lookalike, which obviously isn’t true, unless paper-thin, unsubstantiable conspiracy is your thing.

Summer Window is a kind of time travel fantasy and Handloegten sets off in one direction only almost immediately to change direction abruptly. It starts with a couple driving somewhere in a beat up hipsterish car. It’s summer, the light is dappled, the focus soft, the film stock grainy. This couple talk, they laugh, they stare into each other’s eyes. Handloegten assembles a “clearly in love” montage, establishing a woozy atmosphere before subjecting this scenario to termination with extreme prejudice.

Juliane (Nina Hoss) wakes up in the morning. It’s not summer any more but winter. She is now not on the road but in Berlin and there’s snow on the ground. After a while, by confusedly assembling clues, she works out it’s the previous February, that she hasn’t yet met August (Mark Waschke), the love of her life, and is in fact still living out the dog days of her previous relationship with the peevish Philipp (Lars Eidinger).

This is Handloegten’s time-travelling fantasy set-up and it poses the question which Juliane discusses with the young son of her great friend Emily (Fritzi Haberlandt). As she tells him a bedtime story – a lightly veiled version of what she’s going through – she lays out her options, to him, herself and us. Just carry on, biding her time, not changing a thing, until August comes into her life in a few months, and their life together begins? Or can she risk changing the future she knows is out there and do a few things differently? There is one compelling reason why she might want to do things differently, but here be spoilers and so no further.

Either way, this is a neat scene. Instead of a dusty old sage on “explains it all” duty, an authority figure who usually has a creaky old tome on hand to back up the wild assertions, it’s a kid, full of boyish wisdom about what to do. Of course you can’t change the future, he contends, running through a precis of the free will versus determination argument.

If it’s a sci-fi fantasy time-travel movie then it’s a very unusual one. There are no special effects whatsoever, unless cool filters and different film stocks count as special effects. Time paradoxes feature, in a low key way, and the little boy’s contention that Juliane can do what she likes this time around does seem to shut off Multiverse Avenue vis a vis the future.

Handloegten has his source material to fall back on – Austrian physicist and writer Hannelore Valencak’s 1967 book Zuflucht hinter der Zeit (republished as Das Fenster zum Sommer in 1977) – and its plot delivers some good, left-field surprises which shake things up when they start looking too familiar.

Good actors well cast – this slightly plotted film sits almost entirely on Nina Hoss’s shoulders, and she’s no stranger to roles where a central character is having an anguished time of it, often in ways she’s not even fully aware of herself. Slightly older versions of Eidinger and Haberlandt you’ll recognise if you watch Babylon Berlin, which was made seven years after Summer Window. They’re both massively competent, but Haberlandt in particular excels as a familiar sort – the person who gives it all emotionally and who suffers when they are knocked back, which happens all too often.

Fantasy, thriller, mystery, love story, sci-fi, Summer Window is all of these mixed together in a way that’s enjoyable, entirely satisfying and engagingly, unusually low key.