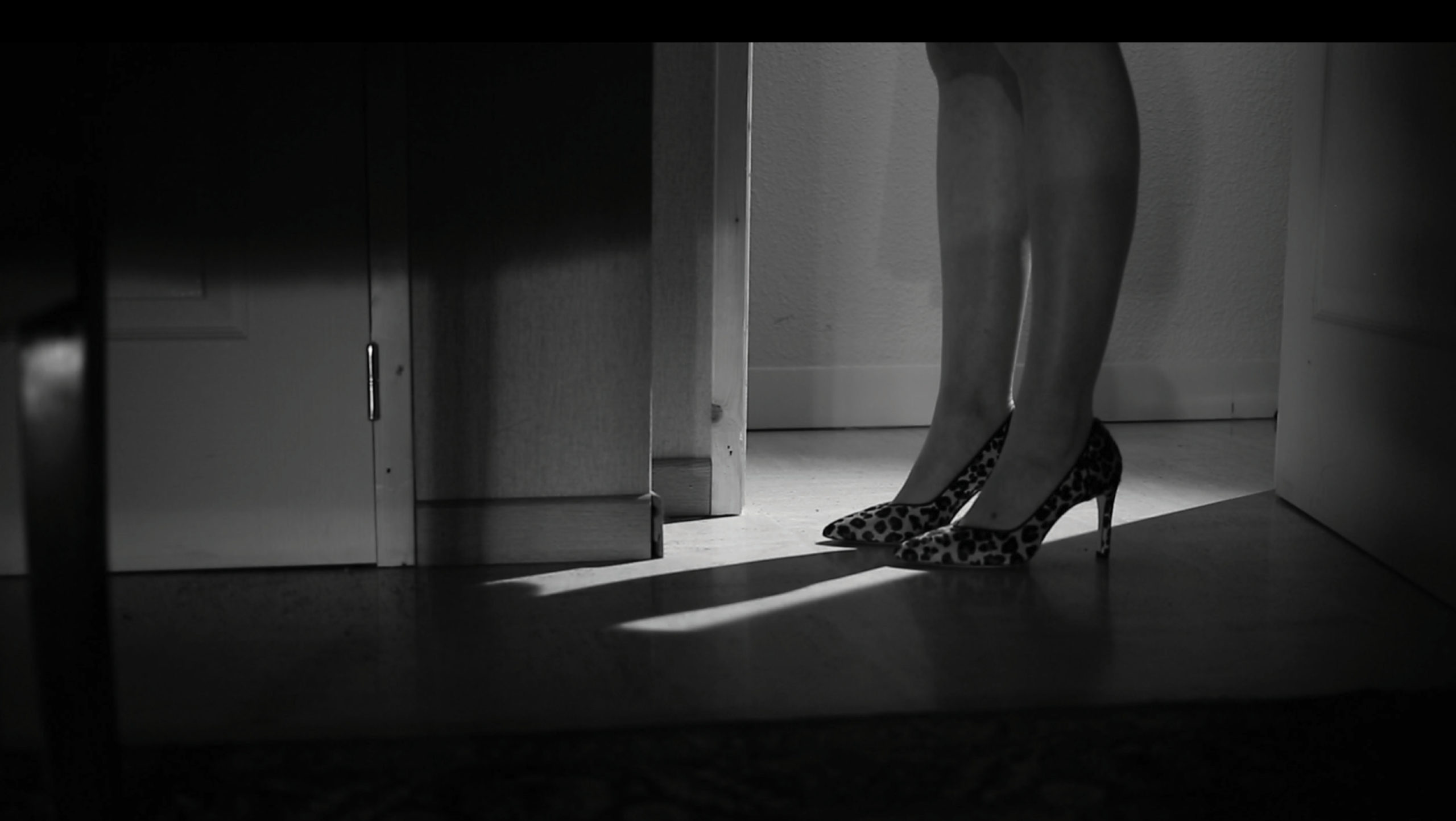 The Woman with Leopard Shoes

Of all the films I’ve seen at the Raindance festival this year, The Woman with Leopard Shoes is the best so far. It was put together under Covid-19 strictures and yet here it is, an excellently conceived, constructed and executed high-concept thriller delivered by a debut director, with a star who’s also in his first role of any sort.

In an opening scene of near-storyboard starkness that’s emblematic of the whole film, a hooded man is hired by an unseen woman to break in to a house, steal a box and deliver it to her. When he gets to the house, the breaking in and box bit go very smoothly but then, before he can leave, the house – supposed to be empty all night – fills up with partying people. He’s trapped in a study/office unable to make good his escape.

Apart from the opening “you’re hired” scene, plus a bit of tidying up at the end, the entire film take place in that one room, where our guy (Paul Bruchon, the director’s brother) – the imdb calls him “the burglar” – is holed up.

To add a bit of mischief, it turns out that the room is also the scene of another crime (no spoilers), so if the burglar doesn’t get out of there sharpish in all likelihood he’ll end up taking the rap for that too.

I say “in all likelihood” because another distinguishing feature of this film is the fact that there’s not really any dialogue. The interloper doesn’t know what’s going on and nor do we, though texts from the woman who commissioned him are soon shedding some light. Real Taliban purists will probably complain that writer/director Alexis Bruchon is cheating here, with these texts…

But the text are in any case of dubious usefulness, and anyway who is this woman?  The burglar rapidly comes to the conclusion that for his own safety he needs to find out what’s going on, and how the woman in the leopard shoes fits in to this scenario.

So he sets about going through drawers, looking at papers, reading letters – names, telephone numbers, the job titles of the people concerned all start to add up. A wordless jigsaw is assembled.

It’s all done in high thriller style. The opening credits are assembled like a high-gloss 1960s caper, and once the film proper gets underway director/DP Alexis Bruchon’s camera jumps as if from one stylised panel of a graphic novel to the next (or one Hitchcock storyboard to the next – it would be no big shock to discover Bruchon is a fan), from the burglar’s concerned face to feet in the doorway, from a door handle trembling with the beginning of movement to the texture of the carpet under the bed where the burglar is now secreted.

Bruchon’s background is in graphic design, so this fascination with image, and the stylish black-and-white cinematography, perhaps come as no surprise. What is perhaps surprising is the way Bruchon’s camera swings so fluidly from subjective to objective – one moment through the burglar’s eyes, the next through the eye of the camera-as-narrator – in the natural way that marks out a seasoned director. Some people never get there.

So, a procedural noirish thriller done on the cheapest of low budgets (around €3,000, says the director) – one man, one room, a few extras to supply shadows under the door and imminent threat.

A remarkable debut. How’s Alexis Bruchon going to follow it? No pressure.

Director: Alexis BruchonWriter: Alexis BruchonStars: Paul BruchonSummary: A burglar is hired by a mysterious woman to steal a box from a house. As he is about to leave, the sudden arrival of guests forces him to hide in the study. The situation takes a turn for the worse when he makes a startling discovery.