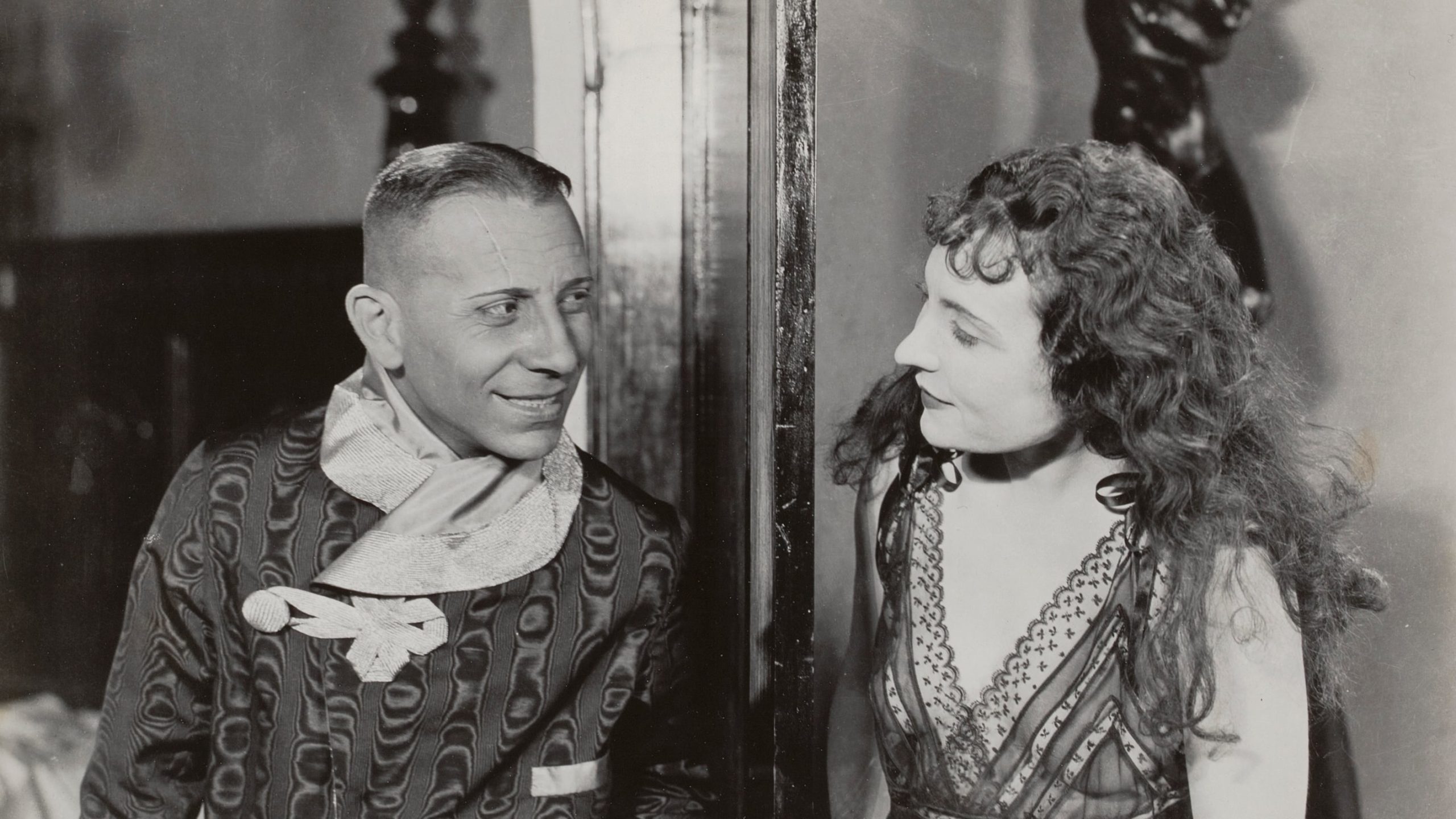 When Foolish Wives debuted in 1922, its writer/director/star Erich von Stroheim was at the peak of his popularity, having exploited anti-German sentiment during the First World War by playing a despicable Hun doing despicable things in a series of films.

“The man you love to hate,” was his moniker, one gained in 1918 in the film The Heart of Humanity, where he plays a ruthless German officer who throws a baby out of the window so he can better get on with raping a Red Cross nurse. That’ll do it.

Foolish Wives works the same seam, though, the war over and the Russian revolution grabbing more headlines, von Stroheim is now playing a despicable Russian, a conman living in high style in Monte Carlo with his two cousins. They’re probably not really his cousins, in the same way that Count Sergius Karamzin of the 3rd Hussars (von Stroheim) is probably not a count, or a soldier and may not even be Russian.

The role mirrored von Stroheim’s own life story, to an extent. The son of a Viennese hatter, Erich Oswald Stroheim migrated to America in 1909, ennobling himself en route with the “von” and arriving in Ellis Island as Count Erich Oswald Hans Carl Maria von Stroheim und Nordenwall.

Von Stroheim worked his way to Hollywood as a travelling salesman. Whereas the count and his cousins in Foolish Wives are unwilling to get their hands dirty doing anything approaching honest toil. Instead they operate as as a trio of grifters who live on counterfeit money, which periodically needs laundering. Hence the usefulness of any new arrivals in the relatively closed society of Monte Carlo.

Possibly living on the immoral earnings of the two pretty “princesses”, Olga (Maude George) and Vera (Mae Busch), the count is also a terrible lecher who lusts after anything in a skirt. Early on he even makes a move on the simpleton daughter, Marietta (Malvina Polo), of the man who prints his counterfeit money. Just to rub in what a low move this is, she’s presented as a grown woman who goes everywhere with a rag doll.

Enter American Andrew J Hughes (Rudolph Christians), the US envoy to Monaco, accompanied by wife Helen (Miss DuPont). Prompted by one of the princesses the count goes to work, donning his white dress uniform to impress this naive but wealthy woman, hoping to separate her from her money and her virtue.

That is the entire plot of the film – he chases, she runs – through one massive setup after another. At one point the count and Helen are in danger of drowning in a river swollen by a gigantic storm, at another of being incinerated in a raging fire, but on the count goes, eyes on stalks, tongue lolling (I’m exaggerating, but von Stroheim certainly licks his lips a fair deal).

The more we learn about the count the less we like him. In one of his rare scenes away from Helen, he has an exchange with his servant, Maruschka, and it turns out that he’s not only slept with her but also promised to marry her. Later, responding to her distraught entreaties, the cad swindles her out of her life savings.

The scenes between the count and Maruschka still pack a punch even now – they are this film’s “baby out of the window” element – and von Stroheim’s approach is particularly telling. For a silent film he keeps the acting remarkably low key, realistic, driven by a more psychological impulse. We’re being invited in rather than performed at. It’s von Stroheim’s style throughout and his cameras match his actors – they’re non-declamatory, straightforward, untricksy. Noticeably, von Stroheim lets the edit suite do a lot of the storytelling. That’s also incredibly advanced for the time.

For this and other reasons, including the vast cost of reconstructing Monte Carlo on a film set, a film that should have cost $250K wound up costing over a million. It got so expensive, in fact, that the studio started to turn the cost overrun to its advantage, advertising it as “the first million dollar movie”. Even so, when it came to the edit, Universal wasn’t so merciful. Though he’d finished shooting and had started in on assembling the film, von Stroheim was removed from the production by the 21-year-old Irving Thalberg, Universal’s new general manager, known as “the boy wonder”. The original 384 minute cut was junked and instead Thalberg’s team of editors got the film down to 117 minutes. Though it was wildly successful, Foolish Wives’ budget overruns and its auteur’s prickly temperament marked von Stroheim’s card. Working for MGM, von Stroheim came back two years later with Greed, an eight/nine hour masterwork which suffered the same fate, and also at the hands of Thalberg, who by then had switched studios, unfortunately for von Stroheim.

It’s von Stroheim’s dedication to realism – the acting, the insane detail, the unfussy camera – that marks the film out, plus his fascination with the darker side of humanity and his willingness to play a character without any redeeming features whatsover. Caution: monster at work, in front of and behind the camera.

I watched the Kino version, which is fine for a 100-year-old movie. The image strobes and its contrast veers wildly between too harsh and too milky, and there are artefacts, damage and scratches all over the place, but it’s still good to watch, largely because of the massiveness of von Stroheim’s reach. There is apparently a 4K restoration somewhere, at least partly funded by MoMA (will Criterion release it for home use?). It’s got to be worth a look if you can track it down.

Director: Erich von StroheimWriter: Erich von Stroheim, Marian Ainslee, Walter AnthonyStars: Rudolph Christians, Miss DuPont, Maude GeorgeSummary: "Count" Karanzim, a Don Juan is with his cousins in Monte Carlo, living from faked money and the money he gets from rich ladies, who are attracted by his charmes and his title or his militaristic and aristocratic behaviour. He tries to have success with Mrs Hughes, the wife of the new US ambassador. —Stephan Eichenberg <eichenbe@fak-cbg.tu-muenchen.de>